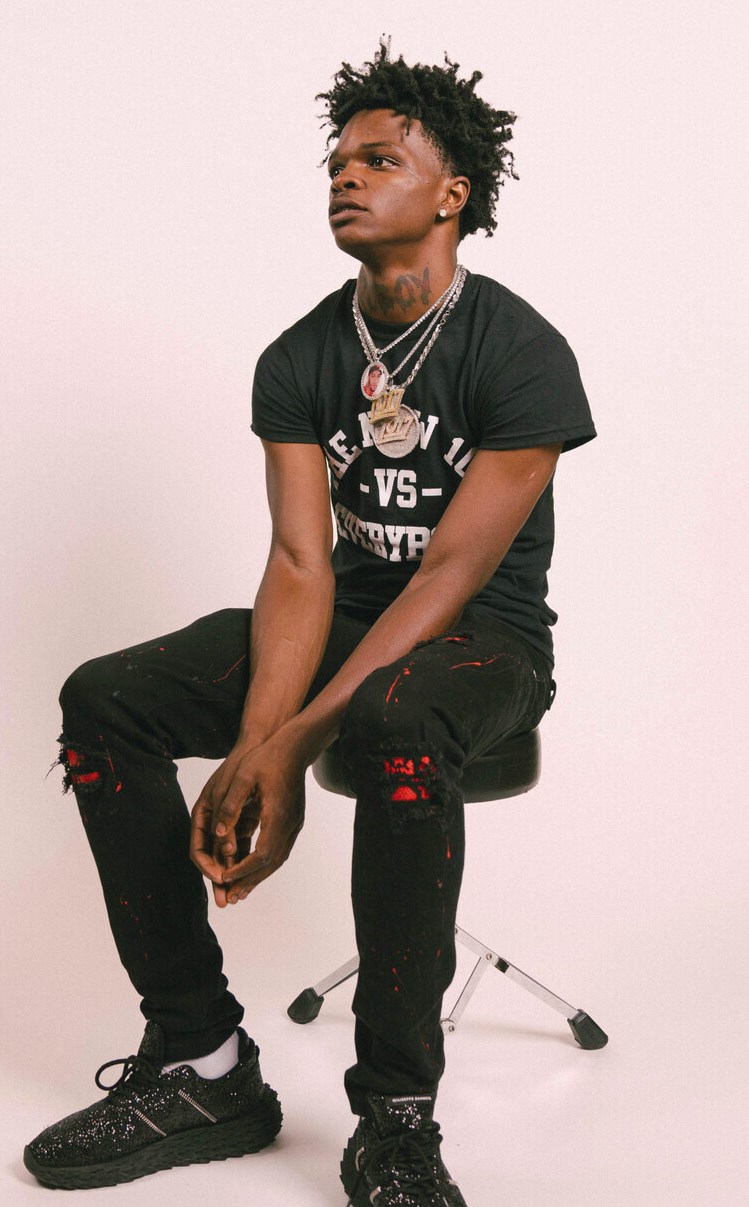 When Gucci Mane made the call for new artists to sign under his label The New 1017, DuWell Entertainment’s founder Andre Caldwell DM’ed Gucci two of his client Roboy’s best songs: the somber “Lane Switch”and “Roblock Groove,”a definitive example of Roboy’s R&B by way of the streets. Caldwell didn’t have to do too much convincing for Gucci Mane to immediately take a liking to Roboy, adding him to The New 1017 roster in July of 2020.

The corner of Arch and Munro is nicknamed Roblock. Born and raised in Tampa, Florida, Roboy has built his entire identity behind what he’s seen in this neighborhood.It wasn’t until the end of 2017 that he started to take rap seriously, but by then he’d seen enough to become an authentic voice for the pain and struggle. In his short career, he’s released Decisions, Yours Truly, and Diamond in the Rough-prime examples of his “universal sound,” hoping to put Tampa, a.k.a. “Jook City” on the map. Songs like “ODR,”“Bossed Up,”“Thug Life,”and his latest release “Street Lights” are detailed accounts of his own reality, sounding very comfortable using his platform to be the voice for his city.

By submitting my information, I agree to receive personalized updates and marketing messages about ROBOY based on my information, interests, activities, website visits and device data and in accordance with the Privacy Policy. I understand that I can opt-out at any time by emailing privacypolicy@wmg.com.